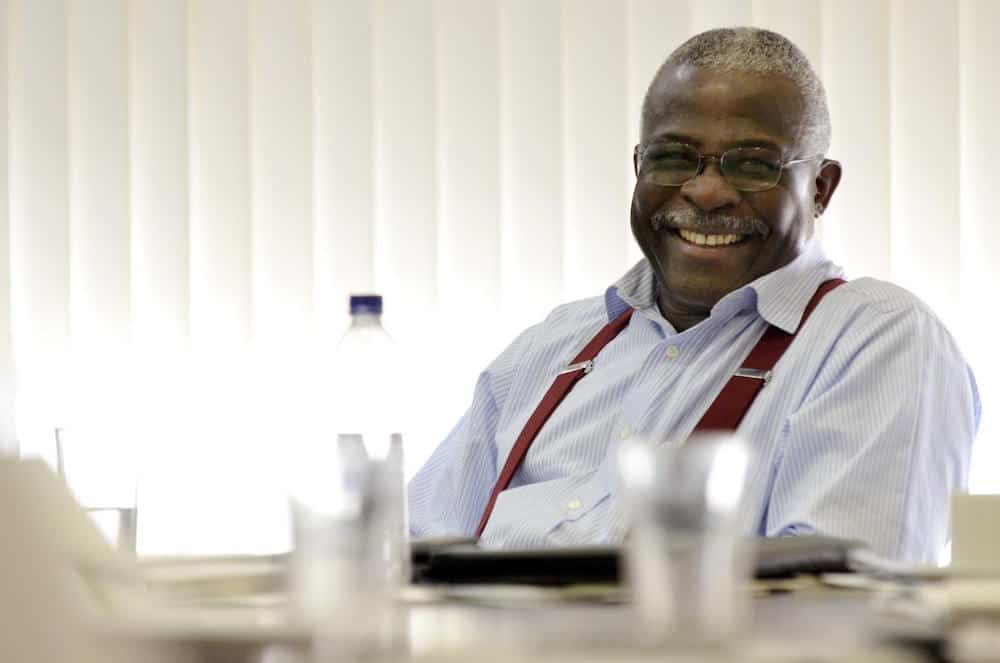 Dr Nwanze in March accepted his appointment as CGIAR Special Representative to the UN summit, which is slated to be held in late 2021, pending the development of the current COVID-19 pandemic.

A former Director General of AfricaRice, a CGIAR Research Center, Dr Nwanze has worked for more than 40 years for CGIAR and Rome-based agencies, most recently serving as President of the International Fund for Agricultural Development (IFAD), and is currently a member of the CGIAR System Management Board.

“To be re-engaged with CGIAR, to me, is both a privilege and a unique opportunity to serve the System,” Dr Nwanze says. “CGIAR must be represented in the UNFSS, we cannot just sit on the sidelines. We’ve got to bring to the table our scientific knowledge, our wealth of experience, and our partnerships – we have so much to offer.”

CGIAR’s holistic approach to food systems, its cutting-edge science and technological innovations, as well as its strong policy focus give the organization a unique perspective that must be represented at the Summit, Dr Nwanze says. Importantly, its partnerships with other agencies and with national systems, academia, civil society, and, in particular, smallholder farmers will be crucial to achieving the UN’s 2030 Agenda.

“The success of CGIAR on the ground is its ability to work with smallholder farmers. Because they, in the end, are the proof of the success of any research and development efforts,” he says.

The UN Food Systems Summit aims to catalyze and accelerate transformation of the world’s food systems – how we grow, catch, transport, process, trade, and consume food – to meet the challenges of mitigating and adapting to climate change, and to achieve the Sustainable Development Goals (SDGs) by 2030.

Marco Ferroni, Chair of CGIAR’s System Management Board, says Dr Nwanze is a fitting representative for CGIAR at the Summit as a voice for independent science and broad partnerships to bring food systems innovations to scale.

“Dr Nwanze is an ideal candidate to make the case for science and strong partnerships in agriculture from the global to the local level. We are honored to have him represent CGIAR and our commitment to achieving a future free of poverty and hunger,” Ferroni says.

The appointment comes as CGIAR prepares to mark its 50th anniversary in 2021, with celebrations planned for the organization’s transformational innovations for food systems over the past five decades.

It also comes at a time when CGIAR is preparing to unify the governance and operations of its 15 Research Centers under a single system, as One CGIAR, to drive progress on meeting the SDGs by 2030. As a unified system, CGIAR will pursue a revised mission to “end hunger through science to transform food, land, and water systems in a climate crisis”, focusing its efforts on the five key impact areas of nutrition, poverty, gender, climate, and environment.

Mobilizing CGIAR partnerships, and elevating the role of evidence-based food system policies and innovations – including with Rome-based agencies and the Committee on World Food Security (CFS) as key players in the upcoming Summit – will be pivotal to achieving the mission of CGIAR and the SDGs, Dr Nwanze says.

“I would be very optimistic about the outcome of this Summit,” he says. “I would hope that we will not come out of it with just another declaration or call for action, but with very clear milestones, timelines, funding envelopes, and commitments for partner engagement for delivery in the next ten years. And I think CGIAR must be central to this.”

Kanayo Nwanze to bring voice of One CGIAR to UN Food Systems Summit
21 Apr, 2020
FAYODE extends hands of kindness to the first female grantee of the Facility
23 Nov, 2018
FAYODE explore areas of partnership with IITA
11 Oct, 2018
TULA Clothing emerges as the first beneficiary of FAYODE
28 Sep, 2018